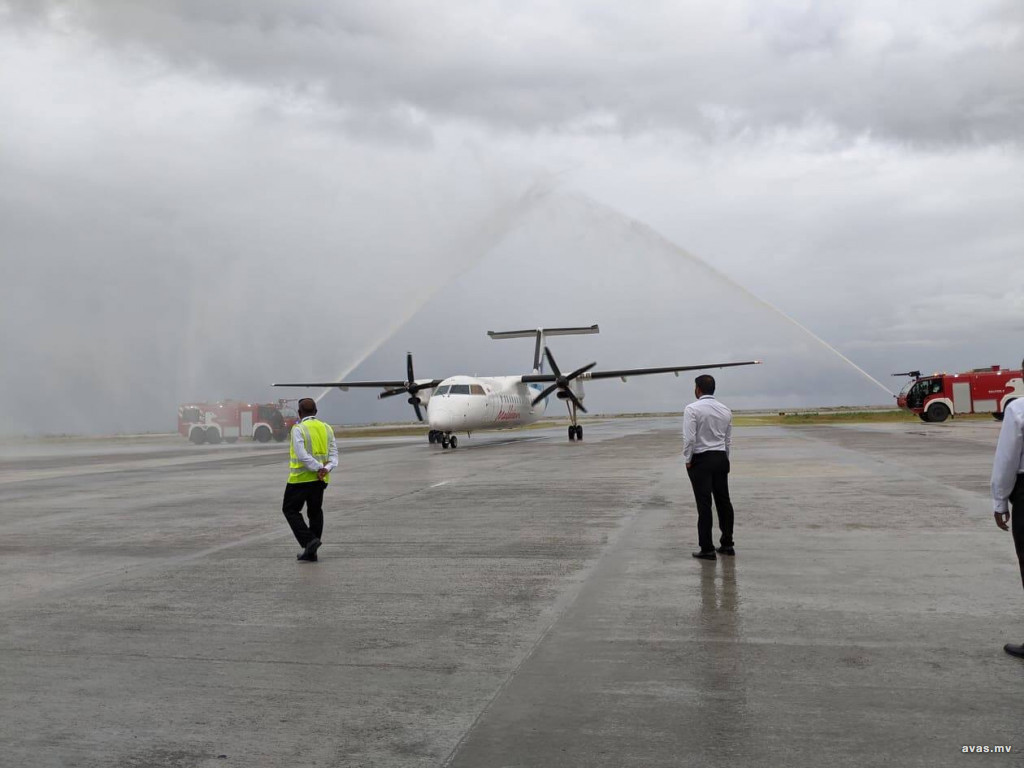 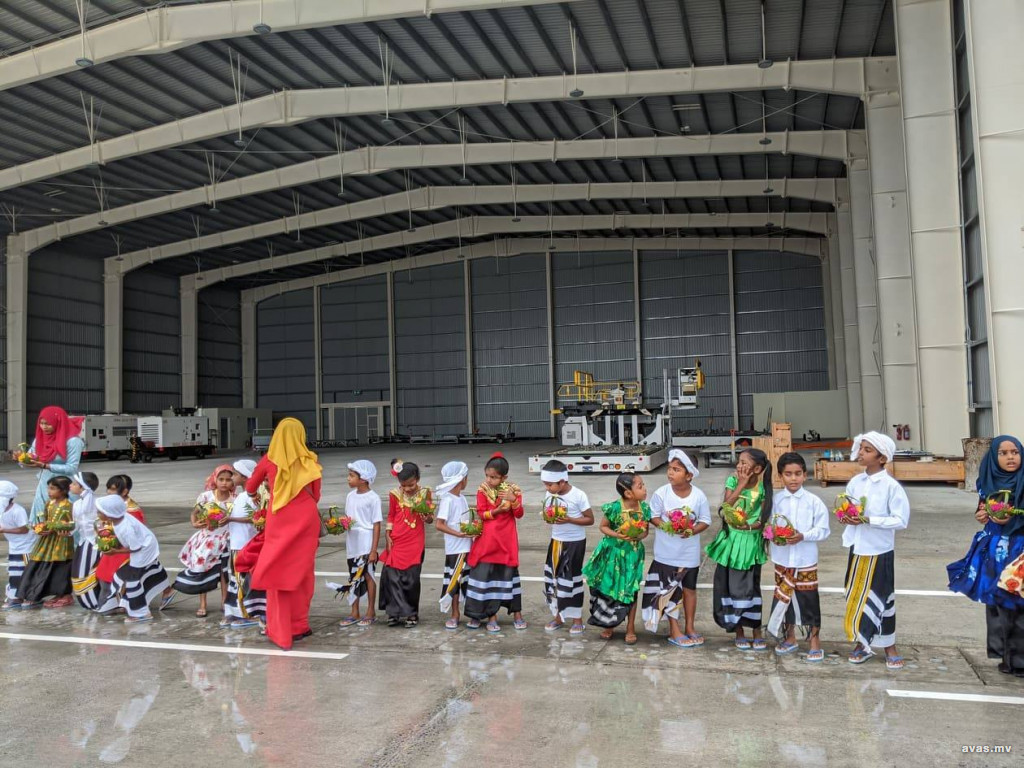 The airport was opened and the commercial operation of the airport was inaugurated by Planning Minister Mohamed Aslam. Government officials, parliament members and several citizens from the atoll were in attendance at the ceremony.

Speaking at the ceremony, Minister Aslam said the current government would not change ‘good things’ done by the previous government.

Aslam said the successful commencement of airport operation would raise the value of land in Maafaru.

“Today is a happy day indeed. Today, a new path towards economic development has been paved”, said Aslam.

It was first announced during the presidency of former president Maumoon Abdul Gayyoom that an airport will be developed in Maafaru. After that, during his half brother Yameen’s rule, the development of the airport was handed over to two different companies. Ultimately, the aiport development was carried out by Singapore’s Tuff company.

Funded under a US$ 60 million grant aid by UAE’s Abu Dhabhi Fund for Development, MIA can land world’s largest aircraft such as Airbus A320 and Boeing 737. With a runway 2200 meters in length and 40 meters in width, the airport also boasts a spacious passenger terminal and a VIP lounge.