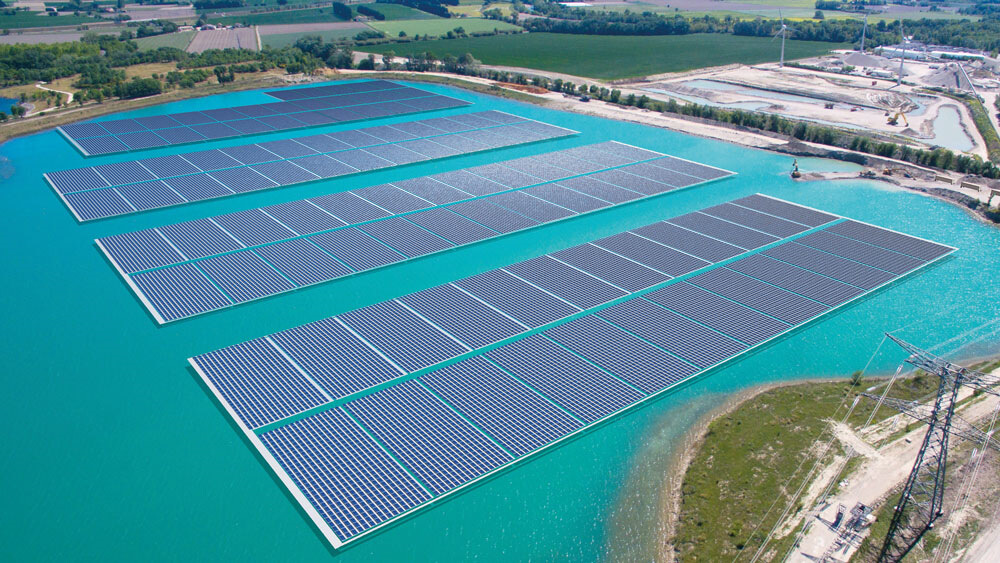 Floating solar is one of the new frontiers of offshore technologies with promising growth trends. According to the World Bank, the potential floating solar capacity that could be installed globally is as much as 400 GW, or approximately the same generation capacity as all the photovoltaic solar panels installed in the world until 2017. According to research conducted by Wood Mackenzie Power & Renewables, at the end of 2019 at least 2.4 GW of photovoltaic panels were installed on the water, across 35 countries worldwide.

The advantages of floating solar

One of the advantages of floating solar technology is zero-consumption of soil: in recent years, we have seen the number of such installations growing precisely in those areas where the space dedicated to energy systems must compete with the one reserved for other equally strategic sectors, such as agriculture or industry. For this reason, floating solar has been widely tested in countries such as Japan, China and in general in Southeast Asia which must, in fact, cope with the lack of available land. In addition, the performance of the panels is higher than in ground installations: water and ventilation in fact help to cool the cells and dissipate the heat developed, improving their efficiency and productivity. For this reason, floating solar is often used in closed reservoirs, such as lakes or ponds, but there is no shortage of applications in the open sea. In addition, a floating solar system can reduce the evaporation of water during periods of drought and helps to limit the production of algae, which can jeopardize the quality of the water, especially in freshwater basins.